Virtual Discussion
10:00 am – 11:00 am  US Mountain Time
Speaker:
Sean Carroll
Our campus is closed to the public for this event.

Our actions can affect the future, but not the past. That's just how time works. But the deep laws of physics tell a different story; they treat all moments of time as equal, drawing no fundamental distinction between past, present, and future. Then why do causes always seem to come before effects? Ultimately it's due to the increase of entropy over time -- our universe evolves from an orderly initial state to a completely disorganized future. Sean Carroll will talk about how this works and what it means for memory, causality, and life. 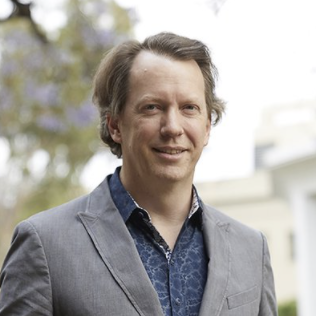 Sean Carroll is a Research Professor of theoretical physics at the California Institute of Technology and External Professor at the Santa Fe Institute.  He received his Ph.D. in 1993 from Harvard University.  His research focuses on fundamental physics and cosmology, quantum gravity and spacetime, philosophy of science, and the evolution of entropy and complexity.  His most recent book is Something Deeply Hidden: Quantum Worlds and the Emergence of Spacetime. Other books include The Big Picture; The Particle at the End of the Universe; From Eternity to Here; and the textbook Spacetime and Geometry. He has been awarded prizes and fellowships by the National Science Foundation, NASA, the Sloan Foundation, the Packard Foundation, the American Physical Society, the American Institute of Physics, the American Association for the Advancement of Science (AAAS), the Freedom From Religion Foundation, the Royal Society of London, and the Guggenheim Foundation. He is the host of the weekly Mindscape podcast.