The Miller Scholarship is the most prestigious visiting position at the Santa Fe Institute and offers a unique environment for highly accomplished, creative thinkers to catalyze transdiscipinary collaboration and synthesize ideas and methods from many disciplines.

A Miller Scholarship appointment is by internal 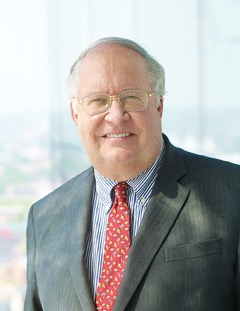 nomination only. The position ranges from a few months to a year and offers a unique environment for highly accomplished, creative thinkers to catalyze transdiscipinary collaboration and synthesize ideas and methods from many disciplines, and enhance, or even define, new fields of inquiry. Miller Scholars both benefit from and contribute to ongoing scholarly research at SFI.

During their stay at SFI, Miller Scholars are free to devote their time to scholarship on any topic. Miller scholars are encouraged to collaborate with SFI resident faculty and postdoctoral researchers, and make use of the convening power of the Institute.

Terms are negotiated with SFI’s VP for Science and President.

Ted Chiang's fiction has won four Hugo, four Nebula, and six Locus Awards, and has been reprinted in Best American Short Stories. His first collection Stories of Your Life and Others has been translated into twenty-one languages, and the title story was the basis for the Oscar-nominated film Arrival starring Amy Adams. His second collection Exhalation was chosen by The New York Times as one of the 10 Best Books of 2019.

Tom McCarthy is a novelist whose work has been translated into more than twenty languages and adapted for cinema, theatre and radio. His first novel, Remainder, won the 2008 Believer Book Award; his third, C, was a 2010 Booker Prize finalist, as was his fourth, Satin Island, in 2015. McCarthy is also author of the study Tintin and the Secret of Literature, and of the essay collection Typewriters, Bombs, Jellyfish. He contributes regularly to publications such as The New York Times, The London Review of Books, Harper’s and Artforum. In 2013 he was awarded the inaugural Windham-Campbell Prize for Fiction. His latest novel, The Making of Incarnation, was published in 2021. In 2022, McCarthy will guest-curate a major exhibition, ‘Holding Pattern’, in Kunstnernes Hus Oslo, responding to the art institute’s invitation to explore the themes and motifs of his work.

Andrea Wulf is an award-winning author of several books. Her most recent book, The Invention of Nature, will be published in 25 languages. A New York Times bestseller, The Invention of Nature has won twelve literary awards, including the Royal Society Science Book Prize 2016 and the LA Times Book Prize 2015. Andrea has written for the New York Times, the WSJ and The Atlantic, amongst many other newspapers. She is a regular contributor on radio and TV. She’s an International Fellow of the Explorer's Club, a Fellow of the Royal Geographical Society and of the Royal Society of Literature.

Philosopher and author John Kaag is Professor and Chair of Philosophy at the University of Massachusetts Lowell. Kaag believes, following thinkers like William James, that philosophy should go where the interesting questions are. This belief has drawn him to a diverse number of topics--from the biological origins of creativity in Thinking through the Imagination (Fordham 2014), to the ethics of drone warfare in Drone Warfare (Polity 2016), to the relationship between philosophy and memoir in his most recent books. He is author of American Philosophy: A Love Story (Farrar, Straus and Giroux 2016), which was named an NPR Best Book of 2016 and New York Times Editor's Choice. His Hiking with Nietzsche, out in September with FSG, is the "dark" sequel to American Philosophy: A Love Story and is, among other things, an attempt to read Nietzsche's iconoclasm into adulthood.

Author Laurence Gonzales is a professional explorer, rooted in what he calls a compulsion to write. By age eight, he was composing embryonic short stories. By the time he started college (for the third time, he never finished), he began publishing his poetry and short stories in various literary magazines.  His non-fiction book, Flight 232: A Story of Disaster and Survival, is a detailed reconstruction of the crash of a fully-loaded DC-10. His novel Lucy is a coming-of-age tale of a girl who is the result of a genetic experiment.

Author Neal Stephenson is best known for his works of speculative fiction. His novels have been variously categorized as science fiction, historical fiction, cyberpunk, and postcyberpunk. They explore such subjects as mathematics, cryptography, philosophy, currency, futurism, and the history of science. He is the author of The Big U, Zodiac, Snow Crash, The Diamond Age: or a Young Lady's Illustrated Primer, Cryptonomicon, The Baroque Cycle series, Anathem, Reamde, Some Remarks: Essays and Other Writing, and Seveneves.

Philosopher and biographer Ray Monk is a professor at the University of Southampton. His interests lie in the philosophy of mathematics, the history of analytic philosophy, and philosophical aspects of biographical writing.  He is the author of the award-winning biography Ludwig Wittgenstein: The Duty of Genius for which he won the John Llewellyn Rhys Prize and the 1991 Duff Cooper Prize. Monk’s other biographies include Bertrand Russell: The Spirit of Solitude and Inside the Centre: The Life of J. Robert Oppenheimer.

Best-selling narrative historian Hampton Sides is best-known for his gripping depictions of epic adventures of discovery and exploration. He is the author of Ghost Soldiers, Blood and Thunder, Hellhound on His Trail, and, In the Kingdom of Ice. An editor-at-large at Outside magazine and a frequent contributor to National Geographic, his journalistic works have been anthologized and have twice been named finalists in the National Magazine Awards. He is a partner of Atalaya Productions, an independent film company that develops nonfiction and historical stories for the screen. Sides divides his time between Santa Fe and Colorado Springs, where he teaches narrative nonfiction and serves as Journalist in Residence at The Colorado College.

Novelist and professor of philosophy, Rebecca Newberger Goldstein is the author of many successful books, including biographical studies of mathematician Kurt Gödel and philosopher Baruch Spinoza. She was awarded a MacArthur Fellowship in 1996, was elected to The American Academy of Arts and Sciences in 2005, and received both a Guggenheim Fellowship and a Radcliffe Fellowship in 2006. She has also taught at several prestigious universities in New England and New York City.

Actor-playwright-director Sam Shepard is author of many plays, short stories, essays, and memoirs. He received the Pulitzer Prize for Drama in 1979 for his play Buried Child. He played roles in more than 40 films, most notably his portrayal of pilot Chuck Yeager in The Right Stuff, which earned him an Academy Award nomination in 1983. He directed several of his own plays. Shepard spent 12 months at SFI as a Miller Scholar beginning in December 2010, and continued to engage with the Institute's scientists and occasionally spent time writing on SFI's Cowan Campus until his passing in 2017.

'Quantum mechanic' Seth Lloyd is a professor of mechanical engineering at MIT and an SFI external professor. His research centers on the interplay of information with complex systems, especially quantum systems. In his book Programming the Universe he contends that the universe itself is one big quantum computer producing what we see around us, and ourselves. He is principal investigator at the MIT Research Laboratory of Electronics and directs MIT’s Center for Extreme Quantum Information Theory.

Philosopher of science, consciousness, and evolutionary theory Daniel Dennett's research focuses on philosophy as it relates to evolutionary biology and cognitive science. He has written about and advocated the notion of memetics as a philosophically useful tool. At Tufts University, Dennett co-directed the Center for Cognitive Studies and is the Austin B. Fletcher Professor of Philosophy. He is an SFI external professor.