Virtual
Applied Complexity Roundtable
10:00 am – 11:30 am  US Mountain Time
Speaker:
David Krakauer and Andrew Lo
Our campus is closed to the public for this event.

A key aspect of our ongoing exploration of Emergent Engineering centers on phenomena in which adaptive agents respond in unexpected ways to top down stimuli, rules, and other shocks. One recent example involves shares of GameStop, AMC, Nokia, and other equities whose valuation was unexpectedly challenged through a coordinated effort organized on the r/wallstreetbets subreddit and other social media spaces. Indeed, three emerging fields of complexity science — Emergent Engineering, Collective Intelligence, and Belief Dynamics — can all provide valuable insights to understanding the r/wallstreetbets phenomenon. Emergent Engineering, in particular, is well-suited to think through potential regulatory responses.

This meeting started with a 15-minute presentation by Andrew Lo exploring the ongoing r/wallstreetbets saga through the lens of evolutionary market adaptation and robustness. Following Andrew’s presentation, David Krakauer briefly contextualized the challenges Andrew poses in Emergent Engineering theories this series has been exploring since September 2020. We then adjourned to breakout rooms to discuss the r/wallstreetbets phenomenon as a case study in emergent engineering. We also discussed the trade-offs inherent in attempts to regulate this type of emergence.

About the Emergent Engineering Series

Emergent Engineering considers the challenges and opportunities that arise when attempting engineering projects in systems with adaptive agents. There is an important role for SFI’s practitioner community in the continued development of this area of research. Toward that end, SFI’s Applied Complexity Network is hosting a series of discussions aimed at exploring the application of emergent engineering, and learning from naturally occurring social experiments. The first discussion, which took place on September 24, broadly surveyed this area. The second discussion, which took place on December 17, used emergent engineering as a lens to examine organizational change attempts that produced unexpected, unplanned, or ill-understood outcomes. This third discussion will focus on Emergent Engineering in markets. 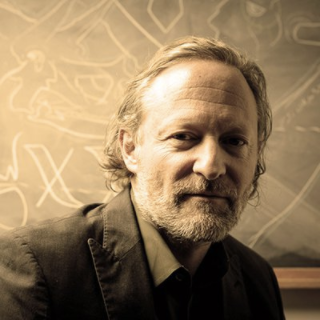 David Krakauer is the president and William H Miller Professor of Complex Systems at the Santa Fe Institute in New Mexico. He works on the evolution of intelligence and stupidity on Earth. He is the founder of the InterPlanetary Project at SFI and the publisher/editor-in-chief of the SFI Press. His most recent book is an edited volume, Worlds Hidden in Plain Sight. 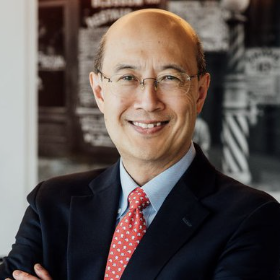 Andrew Lo received a B.A. in economics from Yale University in 1980, and an A.M. and Ph.D. in economics from Harvard University in 1984. His most recent research focuses on systemic risk in the financial system; evolutionary approaches to investor behavior, bounded rationality, and financial regulation; and applying financial engineering and data science to develop new funding models for biomedical innovation.

Lo has published extensively in academic journals (see https://alo.mit.edu) and his most recent book is Adaptive Markets: Financial Evolution at the Speed of Thought.  His awards include Batterymarch, Guggenheim, and Sloan Fellowships; the Paul A. Samuelson Award; the Eugene Fama Prize; the IAFE-SunGard Financial Engineer of the Year; the Global Association of Risk Professionals Risk Manager of the Year; the Harry M. Markowitz Award; the Managed Futures Pinnacle Achievement Award; one of TIME’s “100 most influential people in the world”; and awards for teaching excellence from both Wharton and MIT. His book Adaptive Markets has also received a number of awards. He is a Fellow of Academia Sinica, the American Academy of Arts and Sciences, the Econometric Society, and the Society of Financial Econometrics.

Lo is also a research associate of the National Bureau of Economic Research, a member of the Board of Overseers at Beth Israel Deaconess Medical Center, a board member of BridgeBio Pharma and Roivant Sciences, and an advisory board member of NIH/NCATS.