Abstract: Half a century ago the forests of Borneo contained the greatest terrestrial biodiversity on Earth, but by now more than half have been logged, and the tribal peoples whose ancestors freely roamed them have been resettled to make way for loggers and plantations. But in 2018 we discovered a group who still live as nomadic hunter-gatherers, living off the land in small mobile groups as all humans once did. They call themselves Punan Batu, the Cave Punan. When we met them their forests were already hemmed in by oil palm plantations, and they asked us to help them preserve the remaining forests. To build a case for them to claim the forests as their ancestral heritage, they agreed to map their journeys by wearing portable GPS receivers, and to provide DNA samples. Genetic analysis revealed that they are the most ancient human population on Borneo.

As we traveled with them we learned that they use message sticks to continuously share information between mobile groups. Everyone has their own message stick sign. Dozens of other signs are used to stay in contact and share information as they travel between caves, rock shelters and forest camps. The message sticks provide a way to share vital information for planning these moves, including requests for help, directions to foraging opportunities and warnings of danger, such as disease, to all who can read the signs. Until recently, similar or identical signs were used by all Punan hunter-gathers across 450 kilometers of mountainous terrain in the heart of Borneo. The communication networks sustained by the message sticks turned the forests into a vast commons, enabling dispersed groups to live lightly on the land, sharing vital information about their forests and each other.

The message sticks still in active use by the Cave Punan are the last remnants of what may have been the largest-scale system of commons management on Earth, a window into an age of biodiversity when all humans lived in small mobile groups. While all societies of foragers encourage food sharing within the group, routinely broadcasting messages to other groups to request assistance, share resources or avoid contagion has not previously been observed elsewhere. But now Borneo is rapidly becoming a green desert, and the loss of its biodiversity poses risks to us all, not just the Punan. In 2020 the Nature Conservancy began to work with us to preserve the ancestral forests of the Cave Punan. But what of the rest of Borneo? Could message sticks be supplemented by satellite technology, to reawaken our awareness that the vast rugged landscape of the ‘Heart of Borneo” was once a commons, and could be again? Intrigued by our interest in their message sticks, the Cave Punan offered to return the favor. 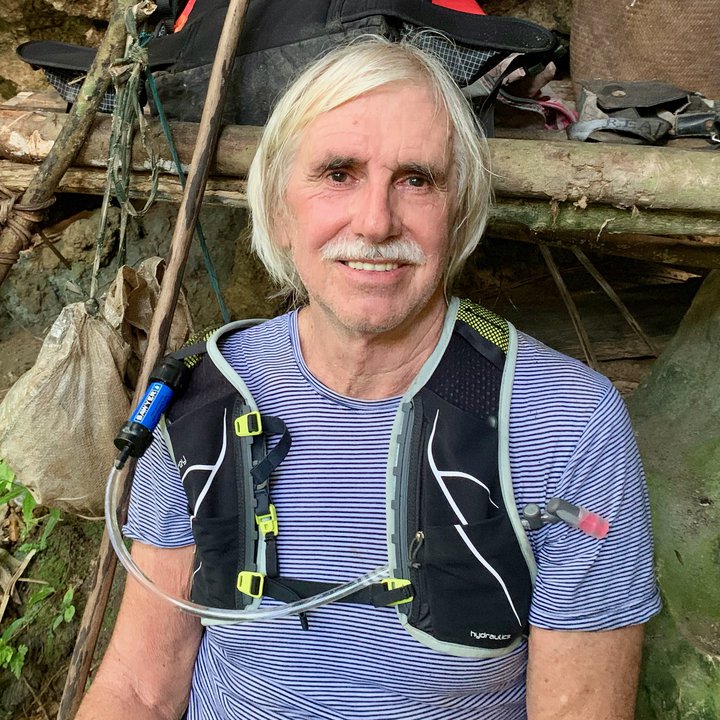